Processed with VSCO with b1 preset 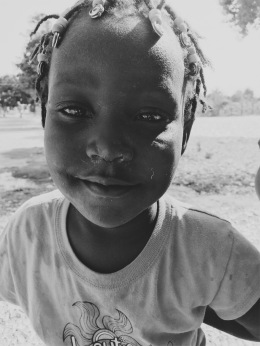 Processed with VSCO with kx4 preset

Things we as humans can’t explain. Moments so seemingly circumstantial they could’ve only been designed by a higher, omniscient Being. Reminders that God is indeed real and intensely present.

While sitting on the porch of the home that belonged to Haidey, a Dominican woman, my mission group talked to her about her sorrows, concerns, and questions about Christianity. This was what Hispaniola Mountain Ministries refers to as “rice and beans”, going into the local community to take residents food and then using that as a gateway to talking to them about Jesus. As I sat there, listening to her speak, I looked out into the mountains of Polo and I thought of the line from a Casting Crowns song: “Break my heart for what breaks Yours”. My roommate and I sat in our dorm one night this past year discussing this very prayer because it’s one we’ve both prayed before. We both agreed that this is a powerful prayer that should not be taken lightly because if and when you decide to pray it, you had better believe the Lord will wreck your world and your heart to see His work carried out through it. Roughly thirty minutes after we prayed with Haidey, we sat in the home of another woman as she told us about the recent passing of her mother. I pulled out the journal I kept in my backpack to scribble down a thought really quick before it escaped my mind. This is a journal that was given to me by a friend’s mother for graduation and on various pages of it, she attached labels with her favorite Bible verses and song quotes. As I was writing, I glanced down at the bottom of the page and on one of these printed labels read:

“Show me how to love like You loved. Break my heart for what breaks Yours.

Five years ago, God set a certain fire in my soul and I answered this call by saying “send me, Lord.” I began traveling out of the United States every summer on mission trips where I repaired roofs, painted houses, played with children, and did triage for medical patients. I was going and I was doing but the farthest I was ever pushed out of my comfort zone was working with tools I didn’t know the purpose of and eating meat that I wasn’t really convinced was actually chicken. On the first day of our mission in Polo last year, it wasn’t until we were on the bus that was taking us into town that I realized we were going to actually evangelize to the locals, something I had never in my life done before. That day was not going to be the day I did it for the first time, either. My plan was going to be to stand in the back of our group and politely smile as the adults and the more spiritually and biblically wise shared the Word. But before I even knew what hit me, our leader and translator, Michael, was pushing me to the forefront of our team and in front of the door to a house. The bag of rice and beans in my hands gave away the fact that I was visibly shaking in fear. However, it was too late to turn around and coward out because the woman who lived there had already seen me so all I could do was muster out a southern version of “hola” and reluctantly accept her invitation to come inside.

Human interaction is awkward. And to make matters worse, I’M awkward. I’m pretty sure I walked away from that woman’s home that morning having to let Michael take over the conversation, only to leave with my tail tucked between my legs and my spirits for the week ahead crushed. Who was I, a simple eighteen-year-old girl, to share the ultimate story of love and grace with someone whose soul may depend on that very encounter? I’m not even close to a pastor; I just graduated from high school. Heck, I’m still trying to learn how to swallow a pill whole. Too soon, God. I’m not ready.

I’d like to think the Lord probably chuckled in that moment because by the end of the week, He was using my heart, body, and words in ways I, myself, could never fathom or be capable of. The craziest part was that I would walk away from a conversation or a powerful prayer not being able to remember most of what I had said because the Holy Spirit had truly interceded the entire moment. For the first time, I finally understood the words: “God does not call the equipped. He equips those He calls”.

Fast forwarding back to present, I began this year’s trip in Polo with many frustrations. Expectations were set high because of last year’s trip and things just weren’t going the way I had planned or hoped. In the afternoon VBS on the second day, I sat on a back pew of the church. Let’s be honest–I had a bad attitude. I pulled out my journal to once again scribble down a quick thought. But I found myself not being able to put the pen to paper because just like a father scolding his back-talking child, I felt the Lord reprimand me for my behavior thus far right then and there. He said “This is MY mission, Kayne, not yours and I will carry it out in MY perfect plan. Give Me time to reveal Myself.” And the next morning, during rice and beans, He did.

I realized that morning after He practically threw the “Break my heart” prayer in my face that when He said “this is MY mission, not yours”, He wasn’t just talking about that one week in Polo. He was talking about the fire I’ve felt in my soul for five years now. I’ve been trying to make His mission for my life into what I thought it was or should be. I thought I was supposed to travel over a thousand miles away just to do His ministry when there has been so much need right under my nose at home. This had me questioning my every intention the rest of the week. How come I can get on my hands and knees in the dirt to pray for the soul, health, and family of a person I met five minutes ago but I can’t think of a time when I’ve joined in the same form of spiritual battle with someone I’ve known my whole life? How come the look of despair on an impoverished and malnourished child’s face can bring me to tears but when I see the same look on the face of a friend, I often brush it off as “their problem”?

As I sit here writing this on the bus that is taking me to the airport-to my flight that will bring me back into to the U.S.-I once again find myself saying “send me, Lord”. Make that fire in my soul burn and spread uncontrollably. Do not let me become numb again to the familiarity of my surroundings. Show me the girl who puts on a perfect outward appearance but in actuality is falling apart from the demons she’s facing. Point out the child I would usually write off as a “brat” who is just desperately seeking love and attention because they receive none at home. Reveal the hurt inside the person who has hurt me most so that I may learn Your empathy and compassion. Equip me to be bold and vulnerable to the people I hold dearest even though it may be awkward at first. Help me to better love those around me..at home..in my daily presence.

Break my heart for what breaks Yours.

*To my beautiful Dominican family,

Goodbyes are inexplicably hard, but I know in my heart it’s just a see you later. In a place filled with so much light, it’s hard to go back to one that can seem somewhat dark in comparison. Thank you for being that light. Thank you for showing me a love that runs deeper than boarders, blood, color, and language. You are the most kind-hearted and pure-spirited people I have ever met and I promise to never forget the things you have taught and shown me. Until next time friends. “Te amo mas que a mi vida”.

One thought on “Break My Heart For What Breaks Yours.”

This site uses Akismet to reduce spam. Learn how your comment data is processed.

learning and writing about this journey we call life. waiting to be discovered as a celebrity comedian. making breakfast a day long event. View all posts by kaynewhittle